The Most Wonderful Time of the Year

Christmas is over. Wow. It kicked my BEHIND, y’all. Let’s recap, shall we?

Christmas Eve. Which is also Maggie’s birthday. It has, in the past, caused lots of problems trying to schedule in special time for her on that day around all the other commitments we have. This year, however, it all worked out great. We decided to have our Christmas celebration with my parents & siblings that afternoon, so the morning was Maggie’s time. We started a tradition back in the day that we would celebrate her birthday first thing in the morning, which translated into chocolate cake for breakfast. Somehow, THAT’S the tradition that stuck. Wonder why? So we got a cake when we ran to Costco on the 23rd to get the kids’ new glasses. Maggie woke us up at about 7:30 to eat cake, drink milk and have her open a present. Since getting her ears pierced was her birthday present this year, I let her choose one Christmas present to open, just so it’d feel like a birthday. She got an adorable royal blue felted purse with handmade bead strap from etsy. She loves it!!Â  Here’s little Miss 12 year old during the cake ceremony.

Thankfully, I actually got all the wrapping done the night of the 23rd, so there was none of the crazy last-minute insanity I’ve done in the past. At 1pm, we went over to my parents to celebrate with them, my grandma, my aunt, my older brother & his family and my younger brother, in from California. It was so different from celebrations in the past where there are SO MANY people and I’m panicked about Henry’s behavior and it’s just so loud and chaotic. It was quiet, calm and fun. There was none of the foolishness where the adults make the kids wait interminably for the present-opening while we sit down and eat and visit and do all grownup things and make the kids wait. I hate that – I’ve always hated it. We expect the kids to just wait & wait and still behave and then freak out on them when they go into sensory overload and can’t control themselves. Just a tip: let the kids open the gifts and then send them off to play with them while you do your grownup Christmas bidness. Oh, and one more thing. Please stop making your kids recreate that moment when they’ve opened the present and are surprised by what they see. First, do you REALLY need a picture of every single gift the kid got? Second, you cannot recreate that moment. Either pay attention while it’s happening or let it go. The kids HATE being told, “Oh, do that again!!!” or “Hold the present up and smile!” Seriously.

Anyway. Back to our celebration. I got a couple things I really loved. My mom got me this tshirt to feed my House addiction:

She also got me printer paper & ink, so NO MORE PRINTING PROBLEMS. Yay!! The kids got lots of stuff they love, too. Steven got a DSI:

Maggie got lots of makeup & a Kindle! And, of course, there was lots of snuggling the baby.

Here’s my mom & Will

And my older brother’s wife with Will

After presents, we played Pit with me, Steve, Andrew, my dad, my grandma and my aunt. Never played that before, but it was fun. After that, we cracked open the Wii Super Mario Bros that Andrew gave us. I used to play the original on the NES system with Andrew back in the early 90s, so this was weirdly reminiscent, but completely different. So that was nice, low key and filled with family love. 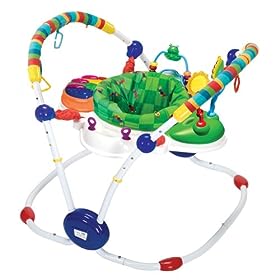 fill the stockings & put out Steven, Maggie & Henry’s Santa presents. I got everything done by about 11pm, and went to bed around 11:30. Quick aside – a few days ago, we decided it was time to move Henry into the big boy bed because he finally started climbing out of the crib. I’m afraid he’d hurt himself, so time to move. The first nights, he did great. He went to sleep and didn’t come out till morning, when Steven would let him out. Apparently, he figured out that the door to their room doesn’t latch fully and therefore he can get out of the bed and come out of the room. Which…uh….no. Momma don’t play that. So…yeah, there’s that.

Will didn’t sleep real well on Christmas Eve, so I was up every 2 hours with him. Then, I was awakened at 5 by Henry who wandered into our room. I went to put him back and realized Steven was already awake with all the room lights on, so they were both wide stupid awake. GRRR. I had made it clear to Steven that Christmas wasn’t starting till 7 am, so I tried to put Henry back in bed with some books to read. But…no. He’s back 5 minutes later demanding Little Bear and Cheerios. NOOOOO. NOOOOOOOOO! I brought Henry into our bed and Steve took the com and just restrained him back to sleep. It took about an hour, but he fell back asleep and we reveled in the delicious slumber until Steven demanded Christmas at 7am. All right. <sigh>

I got up and plugged in the tree, set up the camera and called them down. Will cuddled with Daddy…

Henry jumped right onto the cow Santa brought him

Santa brought Rock Band 2 to Maggie & Steven for us all to play over at my parents. More on that later. The 3 older kids each got a new Ugly Doll. Henry got Suntan Target (LOVE the chest hair), Steven got Wedgehead and Maggie got Fea Bea.

Steven got tons of Bionicles & Legos, of course, Maggie got a lap desk, new Bible, earrings, lip stuff from Claire’s, makeup & I gave her my old point & shoot camera. Henry? Got cows. Basically, that’s it. Cows and books about animals.

I gave Steve the Pioneer Woman’s cookbook, a bunch of his old college acting photos that I’d had matted & framed and these that I made for him.

Each one got placed inside an embroidery frame (6″) and then I trimmed the frames in ribbon. They’re for Steve to take & hang in his classroom at school. They turned out nicely and he seemed to really like them.

Boy, I knew it would be an awesome difference to add the external flash, but I had NO IDEA. I got shots at our whole family Christmas that BLEW MY MIND. This is Steve, my uncle and Andrew from the other side of the room.

Here’s a gorgeous centerpiece on my aunt’s piano

I nailed this shot of Henry. In a darkish basement. LOVE IT.

Here’s my cousin’s new baby, Mckenna, held by her dad.

And this, I think, is the best shot I’ve ever taken. Totally casual, random shot that turned out like a studio shot.

Here’s my cousin, Rosie, with Henry. Again in the darkish basement.

I am SO going to have fun with this flash & lens! Rock on.

Okay, that’s over 1200 words and you’re probably screaming TL;DR right about now. (Warning: link has swears) So I’ll shut up & get into Rock Band in another post. Merry Christmas, y’all.